Well, not exactly the REAL Titanic, but certainly, this 3 metre long, Meccano replica of the Titanic – the largest in the world! Originally from England, the identity of the person or persons who built it is a mystery.

The large scale model Titanic acquired this week by Mill Markets owner Mark Ward, is berthed on the ground floor at our Geelong market and is available to visitors to view and photograph up close.

It’s well worth a visit to see in its own right, and marvel at the intricate design and craftsmanship. In this photo, Mark Ward wears an original sailor’s cap from the HMAS Voyager, a naval vessel that was lost in a collision in 1964. 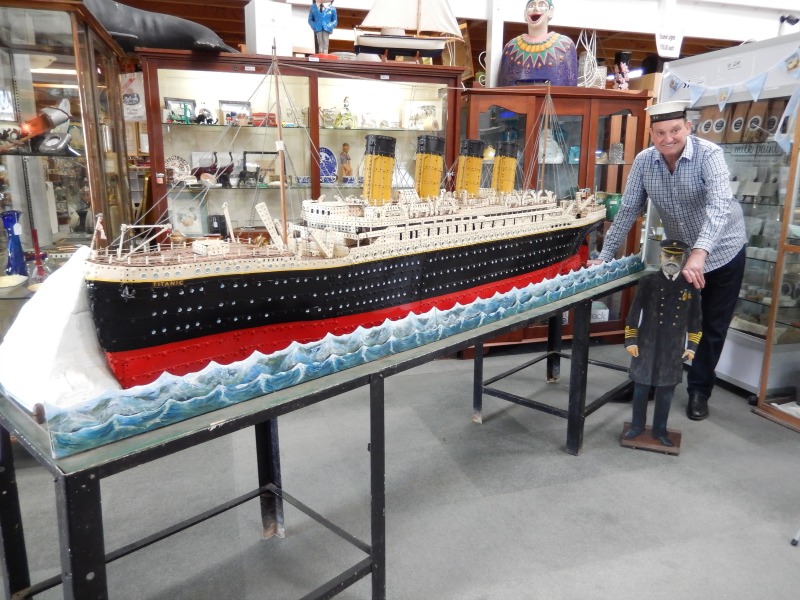