If you’ve ever visited the Amazing Mill Markets you’ve probably come across Aussie, owner Mark Ward’s loyal Australian Cattle Dog. He’s hard to miss, when he’s around, because he’s almost always near the front door with a special toy he’s chosen for himself for someone willing to throw it for him to go and fetch. 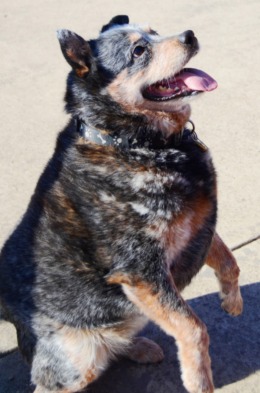 Amazing Mill Markets mascot, Aussie gets up on his hind legs to do a trick!

Aussie wasn’t Mark’s first canine companion – Aussie’s dad Clancy used to be the pooch Mark first started taking out in his ute to source and pick up antiques when he first started in the trade.

Clancy was such a ripper of a dog, Mark decided one day that he’d like to get him a special mate to have puppies with. So he came up with the idea of advertising a blind date for him in the local classifieds. 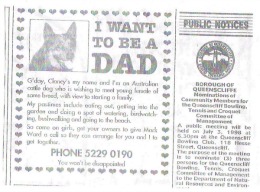 “I want to be a Dad,” the headline read and went on to list Clancy’s interests, such as watering the garden, bird watching, bush walking and going to the beach. The ad proved so successful, Clancy was inundated with offers from willing females, and he even managed to become somewhat famous with his picture on the front page of the Geelong Advertiser!

Fast forward a few months and Clancy sired a purebred litter of puppies with Matilda, the lucky chosen female Australian Cattle Dog. Born with the name Hindley Slim Dusty, Aussie was a ripper just like his dad from the start and has taken on the role of the Amazing Mill Markets mascot with serious dedication. You can see a picture of Aussie on the Amazing Mill Markets vans with Mark and the kookaburras – when you see that van go past, you can be assured Aussie’s strapped into the back with full view out the front so he can navigate while Mark drives between the three Amazing Mill Markets in Geelong, Ballarat and Daylesford.

So the next time you come and see us, make sure to give Aussie a pat on the way in – he’d love it even more if you chucked his toy for him a few times, though we can’t promise you won’t want to wipe your hands afterwards! 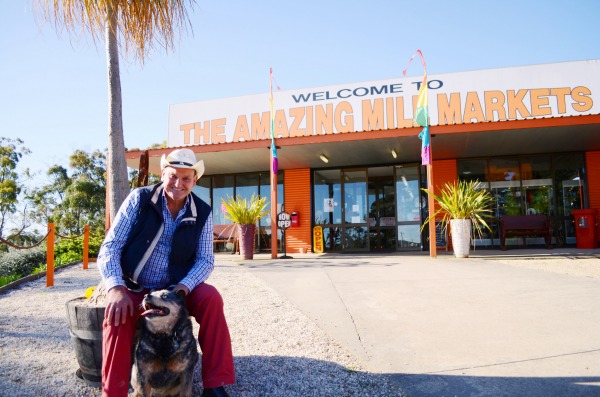